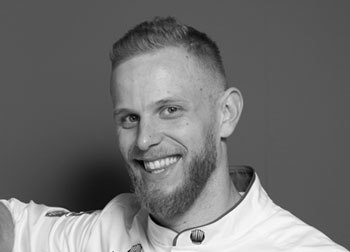 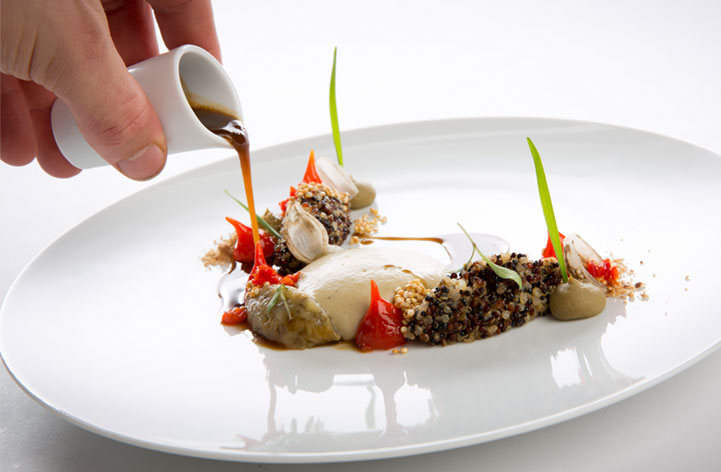 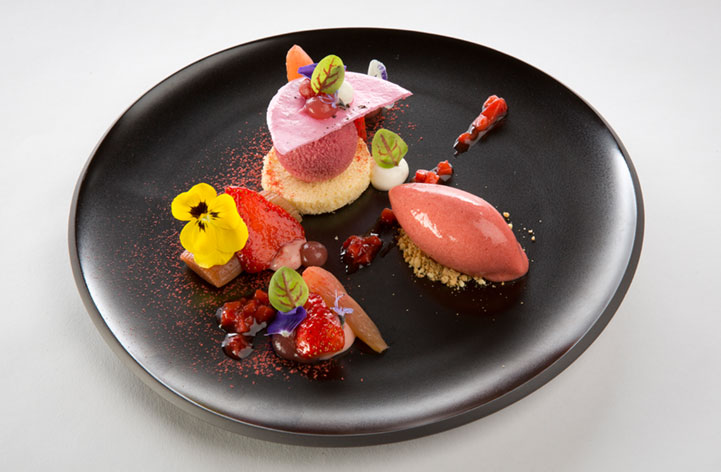 Even as a teenager, the determined Swabian knew very well that he wanted to become a chef later on. When he went to the restaurant of a friend of his mother, he was allowed to look into the kitchen after dinner and was immediately fascinated by the scents and the hectic pace. After an school internship, Holl decided to learn one of the most beautiful professions. Consequently, he completed a cooking apprenticeship directly after school. Afterwards he was influenced by star chef Rolf Straubinger.

The down-to-earth cooking talent reinterprets old classics, but also creates new dishes to give his guests a feeling of happiness.
For him, the product itself is important for the best taste, because a good product makes an even better dish possible. Holl’s dishes embody a combination of local flavours with nuances from foreign countries. African and Asian cuisine with its many spices are particularly appealing to him. He always keeps his eyes open for inspiration, be it the surroundings, a market or a holiday abroad.

The likeable top chef has not finished his culinary journey yet. He definitely wants to gain experience abroad. His biggest dream is in New York City, where other dishes and tastes are certainly waiting for him. From February 2020, the guests of star chef Tim Boury can look forward to Holl’s creations at Restaurant Boury** in Roeselare (Belgium).