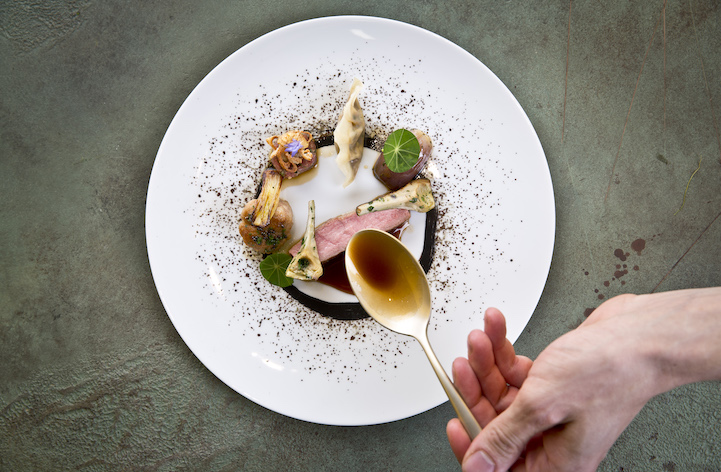 Fabio Toffolon is the new star of the Swiss culinary landscape. The ambitious chef from Schaffhausen has cooked his way to the top of the gourmet scene in recent years. In October 2021, he won the renowned “Chef of the Year” competition and has made a name for himself in the industry, on an international level.

Fabio Toffolon himself comes from a family of restaurateurs – his grandfather was already a gifted chef who put the craft in his cradle. He also shares his profession with his twin brother Dominik Sato, who is also a well-known face in the culinary world.

After his training as a chef in Schaffhausen, milestones followed in renowned establishments, such as Victor’s Fine Dining*** by Christian Bau and Restaurant Ecco** in St.Moritz and in Ascona. Since 2019, he has been head chef at the restaurant Zum Äusseren Stand in Bern*. Less than half a year after he took over as head chef, he already achieved his first Michelin star.
Since 2021, the restaurant has been awarded 16 points in the Gault Millau.

As head chef of the restaurant Zum Äusseren Stand, he enchants his guests with stylish, flavourful and seasonal specialities with culinary accents from all over the world. He places particular emphasis on the conscious selection of products and also likes to make use of regional treasures from Switzerland.

He is looking ambitiously to the future, as his goal is to achieve his second Michelin star. Due to his outstanding professional expertise and confident manner, he is a popular brand ambassador for recipe developments and testimonials, among other things.