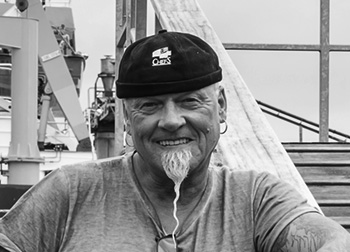 “Cooking is my passion and my life.”
René Kalobius

“Who stops to become better, has stopped to be good” (quote from Philip Rosenthal), René Kalobius lives these words perfectly. You can rely on him in every situation, be it with helpful tips and advice or as manpower in the kitchen.
Mike Süsser

René Kalobius can already look back on several significant stations. It is above all his extensive culinary travels worldwide and countries such as Tenerife, Indonesia, Namibia and Costa Rica that have had a decisive influence on his style of cooking.

The quality of the product he works with is the most important prerequisite for him, as this is always at the centre of his dishes. Combined with different aromas and tastes of the world, each plate results in a small explosion of taste.

In 2016, at a peak of his career, he received the highest recognition, a Michelin star for his efforts for the Parkhotel Surenburg Restaurant in Hörstel-Riesenbeck (Germany). This moment marked a before and after in his career.

After several journeys and experiences all over the world, Kalobius had made his dream come true. Two years later he and his wife Gila started a new and more personal project. Since then, they run a small estate in Tuscany, where they have an oil production and offer courses for barbecue enthusiasts.

Kalobius remains faithful to his German roots and frequently participates in the country’s gastronomic events and congresses, where he represents companies in the sector and captivates his audience.