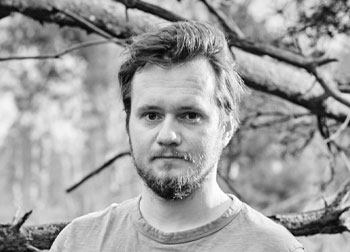 “..in the spirit of nature and sustainability”
Tony Hohlfeld

Tony Hohlfeld has had an impressive career. From the Maritim Airport Hotel Hannover via Lorenz Adlon’s Esszimmer to the Ole Deele – where he was already head chef at the age of 23.

Together with his partner Mona Schrader, he then became self-employed in 2015 and opened the Jante** restaurant in Hanover. Their restaurant was awarded its first Michelin star in 2016, the second followed in 2020, making Tony Hohlfeld a two-time Michelin star winner and, at just 32
years of age, the youngest so far.

Tony Hohlfeld himself describes the cooking profession as a craft that only succeeds in a team – and how it succeeds! His menu creations captivate with innovative creativity and a variety of oh-so- exhilarating flavours/aromas that sometimes quietly, sometimes loudly intrigue the palate. What
makes him so special as a chef and makes him stand out from the crowd is by far not only his two shining stars, but this very passion of experimentation and his composure with which he courageously tries out new combination possibilities and thus surprises and delights.

The quality of the products is always in the foreground for him. “Showmanship? Show? No way!” Says the Michelin Guide about his creations. He himself always works in the spirit of nature and sustainability. In concrete terms, this means that he sources regional products as far as possible and
processes them in such a way that most of them are used.

If all this doesn’t seem convincing enough, then his refined plates, arranged with perfectionist dedication, certainly are. These will convince even the last critic that a master is at work here.